Exhaust gas emission reduction may be equally or even more important. As this is strongly coupled to fuel savings, it can generally be covered with the same processes and tools.
To assist designers, builders and owners in this challenge, MARIN is ready to independently predict fuel savings for wind assisted ships compared to a conventional ship design, including the environment on actual routes, and to advise how savings can be improved. Several tools are relevant depending on project status. Also, the special issues of operability, compliancy (and safety) that are related to wind assisted ships, e.g. course keeping, non-steady roll angle, different ship motions, can be dealt with. The main processes and tools are described here, followed by examples from the Wind Hybrid Coaster and SAIL projects. 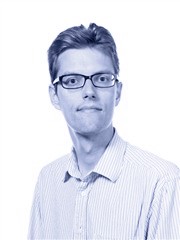 HULL FORM AND APPENDAGES COMBINED WITH WIND PROPULSOR
In the early design stage there are issues for a wind assisted ship that need additional consideration. The operational profile determine the main design characteristics. In this case the consideration specifically includes the dominant wind speed and directions on the intended routes. The desired general arrangement will probably, to a certain extent, dictate the type, size and positioning of (a) wind propulsors(s). Important hydrodynamic choices are then whether to choose for relatively large stability (large beam, low draught), which allows to sustain more wind power but also creates more drag. The alternative is to choose the opposite: a more slender hull, with less resistance, that can, however, support less wind assistance. As main dimensions are fixed, that still leaves the hull form and appendages where two main elements are relevant: the ability to generate side force efficiently (with as little induced resistance as possible) and steering balance. One thing to keep in mind for wind assistance is that additional appendages are not always efficient. These issues can be studied in the early design phase using DESP for empirical resistance predictions and SURSIM for forces in other directions. More detailed analysis can be done with the REFRESCO CFD code.

MODEL TESTS
For verification, model tests are very useful. For maximum accuracy, a large size model can be towed with and without appendages and propulsion. Relevant variations are likely to include several speeds, leeway angles, rudder angles, propeller thrust levels and heel angles. The appendages can be instrumented separately, such that the forces generated by them can be studied in detail.

SPEED-POWER PREDICTION
The forces determined using preliminary tools, CFD or model tests can be used to create a speed-power prediction (commonly referred to as “PPP”: Power Prediction Program, in analogy to a “VPP” for pure sailing ships). The results show the required propulsion thrust (as below) or power for a certain speed as function of true wind angle and speed. These results show the ideal performance in calm water. It is an easy tool to compare different designs or configurations.

VOYAGE SIMULATIONS
In reality, the apparent wind angle and speed will vary depending on weather, operational conditions and the route. Ultimately, it is only the savings that can be obtained in the expected operational conditions that are relevant. MARIN uses its in-house developed GULLIVER voyage simulation tool to predict the behaviour in detailed hind cast data for wind, waves and current on an actual route over a long time span, to reduce statistical uncertainty. This includes route and speed optimisation, which in several cases can bring additional benefits and a simplistic modelling of the considerations of a captain, who will slow down when (configurable) thresholds of seakeeping behaviour are exceeded. The simulation results contain a large set of parameters, including fuel consumption.Examples of specific topics that can be researched are:
download

The Wind Hybrid Coaster project was a demo case for wind assisted ships. The Wind Hybrid Coaster project dealt with the development of a prototype Flettner rotor, which is integrated into the design of a coaster. A new iteration of the project continues under the name “ECO FLETTNER”. Amongst other things, MARIN contributed with model tests for the hull. Ship speed, leeway angle (drift), rudder angle and propeller thrust were varied in a large test series, delivering a very detailed picture of the performance of the hull and appendages. Prior to and after model tests, extensive work was done on modelling, ultimately culminating in voyage simulations. Average fuel savings of 5% to 10% were determined for favourable routes. An interesting conclusion from this project was that, when properly positioning the Flettner rotors relative to the hull side force center of effort, no special appendages appeared to be necessary to guarantee the steering balance and efficient production of side force. The benefits from route and speed optimisation on this design and the chosen routes were small.

One of the reference cases in the SAIL project was the Ecoliner design as developed by Dykstra Naval Architects. MARIN also conducted voyage simulations for this design. The sizing of the wind assistance on this vessel is larger, which consequentially leads to larger fuel savings, in the order of 25% to 40% for favourable routes. Another interesting observation was that the routes along the European coastline or on the North Sea route delivered savings similar or larger savings than on a westbound crossing of the Atlantic roughly following the trade winds, which is a typical route for sailing ships, including old sailing cargo ships.