In 2011 MARIN initiated the “Wageningen CD Propeller Series Joint Industry Project”. Over the last two years in this JIP the thrust, torque and blade spindle torque of 35 newly designed Controllable Pitch Propellers (CPP’s) and Ducted CPP’s have been tested in open water conditions, covering the entire operational range of CPP’s. An overview of the series is presented in the table below. The results are available on the website in reports, data sets and polynomials. The work of the original scope will be completed in 2013. In total 27 organisations have joined this JIP.

In the course of this JIP, participating companies have expressed their interest in the development of a software tool for access, interpolation and easy use of the vast data sets. At the same time interests were expressed in follow-up research such as cavitation performance, spindle torque in cavitating conditions, thrust breakdown in bollard pull conditions. scale effects on the ducted CPP’s and CFD correlation. It was decided by the Participants Meetings that this work should be part of an extension of the original JIP which was aiming at the basic performance of the largest possible extensive series of propeller designs.For these reasons the current Extension Proposal has been drawn up in close agreement with the common interests of the JIP Participants. This proposal described the scope of the extensions, the additional deliverables and the time schedule. The scope and budget are based on the outcome of the participants meeting in Waalwijk (29 November 2012) and Hamburg (29 May 2013). The conduct of this extension is subject to approval from each individual participant and signing of the Addendum to the existing Participation Agreement of the Wageningen CD Propeller Series as given in Annex I. See proposal below.

The “Wageningen CD Series” consists of a systematic series of 35 CPP’s and ducted CPP’s for which the open water characteristics i.e. speed, rpm, torque, thrust and blade spindle torque, are available as data sets in the 2 quadrants of operation. The objectives of this Extension are as follows: 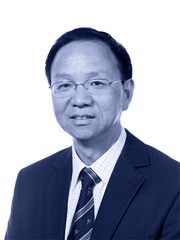 “Wageningen CD Propeller Series” is conducted as a Joint Industry Project in close co-operation with owners, operators, propulsor suppliers and yards. The results will be only shared with the JIP participants and will be confidential for a period of 3 years after completion of the project. MARIN acts as JIP manager and will be responsible for the project administration, finance and management. Above stakeholders will be invited to join the JIP which is effected by signing the Participation Agreement with MARIN. MARIN will also issue work orders to participants who are involved in conducting the scope of work (‘partners’). All participating companies are represented in the JIP Participant Steering Group with meetings during the Vessel Operator Forum (www.vesseloperatorforum.com) hosted by one of the members every 6 months. Presentations, reports and other relevant info will be posted on the confidential project web site.
download