The roll performance of pleasure vessels is one of their most crucial features since it directly affects the comfort and well-being of passengers on-board. The main objective of the Roll Stabilisers JIP is to set standards and criteria to facilitate the process of selecting suitable roll stabilisers for a given vessel design and to verify their perfomances.

The roll performance of pleasure vessels (especially yachts, cruisers and ferries) is one of their most crucial features since it directly affects the comfort and the well-being of passengers on-board. Although important, the selection of an adequate roll stabilisation system is challenging as this choice needs to be made at the early stages of the vessel design.

The main sources of uncertainties in this selection process and in the verification of product performances are: 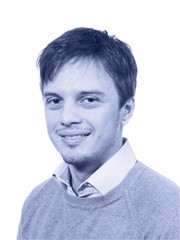 Main objective of this JIP is to set standards and criteria to be agreed between roll stabilisation suppliers and yards:

At the moment two different work packages are foreseen. Full details can be found in the leaflet Roll Stabilisers JIP.
It is to be noted that at the moment these two work packages are presented as steps considered essential to reach the objectives mentioned, however they are on purpose left general and open for discussion and further elaboration. Each work package will be characterised, in their initial stage, by open discussions and brainstorming between the participants. Essential will be to have a clear confrontation between roll stabilisation suppliers and yards. Only when the needs and motivations of all the parties will be clear and agreed upon it will be possible to reach standards that are meant to unify the industry and define new work procedures.

The project is envisaged to run for at least two years. A possible time frame will be presented after the work package programmes will be defined.
download