The Vessel Train consists of a fully manned Lead Vessel, followed by a series of lowly manned, digitally connected Follower Vessels. This concept will reduce operational costs and increase economies of scale due to better usage of existing infrastructure. Envisaged reduction of personnel costs will significantly enlarge the economic potential for inland vessels. This in turn will lead to improved access to urban environments for smaller vessels, thereby reducing congestion in populated areas.

Additional benefits of the Vessel Train will be obtained by overcoming traditional area-bound limitations of waterborne transport. This will be ensured in the way the NOVIMAR project incorporates sea-river connectivity and elaborates on possibilities for Roll-on/roll-off cargo handling.

The NOVIMAR project is unique because it provides technological capabilities for Vessel Train operations together with a sharp focus on economic feasibility and stakeholder alignment, fostering the market potential of the new transport concept.

This project has received funding from the European Union's Horizon 2020 research and innovation programme under Grant Agreement No. 723009. 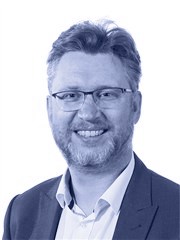