From the very beginning of offshore exploration it has been well-known that permanently moored offshore installations are continuously exposed to sea actions. Despite this knowledge many FPSOs are still suffering from fatigue damage. These failures often come as a surprise to operators because there are no hull integrity monitoring systems installed. In addition, industry records show that many structural monitoring projects have floundered because they did not provide effective data processing and interpretation tools. The Monitas Joint Industry Project has changed this situation. Within this project, an Advisory Hull Monitoring System (AHMS) has been developed and successfully implemented and tested for two FPSOs.
ADVISORY HULL MONITORING SYSTEMS
An Advisory Hull Monitoring System (AHMS) is an advanced hull monitoring system which includes software named OCTOPUS-Monitas. This software shows, explains and advises on fatigue integrity of FPSOs. It explains reasons for potential deviation of the actual fatigue consumption from design predictions and translates the monitoring data into operational guidance and advice in an easily understandable format. As a consequence it also provides the designers with feedback on the quality of their design tools. A forecast module with confidence bounds for future fatigue accumulation is included in the software.

MONITAS JIP
The methodology and specifications for AHMS were developed within the Monitas JIP which started in 2006 and was completed in 2013. The JIP is supported by 18 participants including the major oil companies and Class Societies. Within the JIP the system was installed and successfully validated for both the Glas Dowr FPSO (Bluewater Energy Services) and the USAN FPSO (TOTAL).

MONITAS GROUP
In order to proceed with providing Monitas related services to the industry, a group for Monitoring Advisory Systems for offshore floating structures was initiated in 2014.

The group is aiming to further develop the added value of advisory monitoring systems for integrity management by in-depth analysis of measurements, exchange experience, provides software updates, support and training. Benefits for participants are that they are well informed on the possibilities to assess fatigue, up front cooperation with key players and benefiting from industry experience and developments. The Group started as a three years project after which it was evaluated. In April 2018 a second three years phase of the project started which was completed in 2020. Phase 3 of the Monitas Group started in January 2021. The Monitas Group allows new participants to join.

SCOPE OF MONITAS GROUP
The Advisory Hull Monitoring System (AHMS) has been installed onboard the Glas Dowr FPSO (Bluewater), the USAN FPSO (ExxonMobil), the CLOV FPSO (TOTAL), the Ichthys FPSO (INPEX), the Moho Nord FPU (TOTAL) and the Bonga FPSO (Shell). In 2018 the AHMS system was installed onboard the Aoka Mizu FPSO. This turret moored FPSO has been operating at the Ettrick field on the UK part of the North Sea until Summer 2016. Upgrade and life extension works to the vessel were carried out at Drydocks World, Dubai to make it suitable for long-term operations in a challenging environment such as the West of Shetlands. First oil was received in June 2019. Next to these FPSOs, there are many more prospects from other FPSOs, both existing and new built, which will be equipped with AHMS in the coming years. Activities of the Monitas Group project will include analyses of the fatigue tool accuracy factors and prediction accuracy factors obtained from the various floaters. Data interpretation and understanding of OCTOPUS Monitas results from the FPSOs equipped with AHMS is the main scope of work.

ORGANISATION
MARIN will continue their role as organizer and administrator of the Monitas Group. All members will receive regular communications on news, developments and software updates and are invited to Monitas Group meetings which are normally held twice a year. The meetings will be used to define the scope of work for the coming years, to presents and discuss the results, to share experiences and to provide support and or training. Operators, engineering companies, class societies, research institutes and other stakeholders that have not been a member of the Monitas JIP can become a member of the Monitas Group and receive all results of the Monitas JIP with the exceptions of the OCTOPUS-Monitas licenses.

BENEFITS
The main benefits expected from the Advisory Hull Monitoring System are: 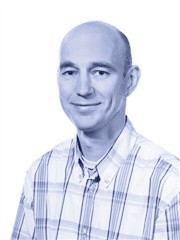