The aim of this initiative is to provide more insight into the excitation mechanism and prove the feasibility of using non-stationary CFD calculations to investigate potential problems and to find solution at the early design stage. The study should provide a design methodology for moonpools and damping devices.
Return to all JIPs

Moonpools are used on many types of vessels: cable-laying vessels, exploration and drilling vessels, production barges, research and offshore support vessels. They are used to launch and retrieve equipment, divers or diving bells, or lay cables or risers. These operations are only possible in case the water inside the moonpool remains calm. However, waves and the corresponding motions of the vessel or simply forward speed in calm water can induce oscillations inside the moonpool. In resonant condition, the oscillations can reach as much as three to four times the wave height. Besides the fact that it is impossible to work under these circumstances the motions are sometimes so vigorous that damages occur and water ends up on the working deck.

A very critical case of oscillation is observed in transit when the moonpool bottoms are left open. This can occur even on a perfect calm sea, as the excitation mechanism arises from the flow velocity in the vicinity of the opening. Besides the risk of damage, these oscillations during transit cause a tremendous increase in resistance and vessels are usually not able to reach their expected transit speed. With large oscillations, the vessel will also start to heave and surge, which may induce further issues onboard, up to structural excitations.
Despite the research effort conducted on the subject, most of the solutions to dampen the oscillations in the moonpool are still found by trial and error and validated experimentally, or discovered on full scale. Furthermore the solutions (such as wedges, plates, overflow chambers, doors, and perforated walls) often reduce the workable area of the moonpool or are too vulnerable or are only effective for a certain speed range.

The second objective is to investigate scale effects. As mentioned most of the solutions to dampen the oscillations in the moonpool are still found by trial and error and validated experimentally by means of model tests. But will these optimum solutions found on model scale will still be optimum on full scale? Furthermore, it is often claimed that the resistance of a moonpool is relatively higher on full scale than on model scale, even if an adequately working damping device is applied. This often leads to trial speeds which are lower than expected. The investigation of scale effects is therefore the second objective.

The third objective is the development of a design methodology for moonpools and damping devices. The increased insight in the flow phenomena and the scale effects will enable us to develop this methodology. The aim is to develop a tool or methodology which can be used in the early stages of the design of the ship. 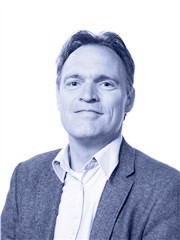