The goal of this project is to validate simulation tools for Floating Horizontal Axis Wind Turbines by using basin model tests.

BACKGROUND
In greater water depths floating offshore wind turbines can be an alternative to bottom fixed wind turbines. In this context, the development of a cost-efficient floating wind turbine relies on a proper prediction of loads on the turbine, its floating foundation and its mooring system. Such a prediction is only possible with simulations accounting for the floater and the turbine. Most of the engineering tools are based on the Blade Element Momentum theory, which is well accepted for full scale bottom fixed turbines.
Several research and commercial codes are capable of simulating simultaneously the motions of the floating support together with the dynamics of the wind turbines in wind and waves. These simulations include the effect of the wind turbine controller. Recently, physical model tests of scaled-down prototypes consisting of the wind turbine with a controller mounted on top of a floating support platform have been successfully conducted in a basin with wind and waves.

The goal of this project is to validate such simulation tools for Floating Horizontal Axis Wind Turbines thanks to basin model tests. During these experiments, the coupling of the aerodynamics and the hydrodynamics will be thoroughly investigated. The first step of this investigation focuses on the effects of the controller on the mooring loads.

Due to basin constrains, model tests in combined wind and waves require the adaption of the rotor, the mooring and its control system. Consequently, discrepancies between the prototype in the basin and the full scale system are introduced in this process. In this project, a numerical model of the physical model in the basin will be made. This calibrated model will serve the comparison with the results of model tests and as well as the verification against the results of simulation of the full-scale prototype without adaptations. In other words, an important deliverable of this project will be the ‘model of the model’ approach for floating wind turbines.

Questions that will be answered through this JIP: 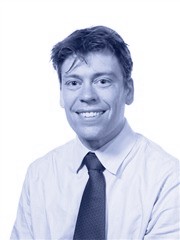