This JIP's aim is to develop a consistent design methodology for offshore terminals in a nearshore wave climate.

The project plan of the HAWAII-JIP. HAWAII is the follow-up of the HAWAI JIP in which the objective was “to improve the reliability of offshore (LNG) terminals in shallow water by using the combined expertise of offshore hydrodynamics and coastal engineering”. The HAWAI JIP was initiated in 2005 after a series of basin experiments in shallow water for which the results could not be explained satisfactorily. The parties involved realized that the complexity of the shallow-water wave conditions in the basin would similarly apply to the real world. This indicated a lack of knowledge on terminal design in shallow water, related scale-model tests and numerical simulation techniques. Therefore a JIP was proposed and together with 24 participating companies this project set out to investigate:

In the first HAWAI JIP these and other issues were addressed, which greatly improved the insight in the behavior, in a scale model as well as in the field, of (low frequency) shallow-water waves and their interaction with offshore terminals. By the end of the JIP, in spring 2008, the participants of the JIP were fully informed of the findings by a series of reports and data DVDs.

To develop a consistent design methodology for offshore terminals in a nearshore wave climate. 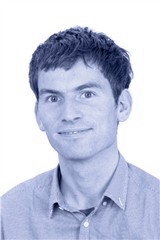