The objective of the CresT JIP is to develop models for realistic extreme wa ves and a design methodology for the load ing and response of floating platforms.

In the offshore and shipping industry, there has been a lot of attention to extreme wave events the last few years. Hurricanes Ivan, Rita and Katrina in the Gulf of Mexico confirmed the importance of these extreme waves for all types of offshore structures [1-4]. As part of the Marco Polo JIP [4] a maximum wave height of more than 28 m was recorded during hurricane Rita. To assure the integrity and safety of a platform, extreme waves should be taken into account in the design. A lot of research has been carried out already on airgap problems of fixed platforms [5,6]. However, for floating structures such as TLPs, Semis and Spars the wave loading and response is much more complex, as was shown in recent tests on the Snorre TLP [7].

This brings the offshore industry to questions such as:

The importance of these questions was confirmed by the fact that initially there were two initiatives in this field. Both presented their plans at the Metocean JIP week in Camden in October 2006: the ‘CresT’ JIP (MARIN, OceanWeather, Forristall Ocean Engineering and DNV) and the JIP ‘Modelling Extreme Water Waves, Design Solutions Beyond Second Order’ of Shell, Imperial College and Ocean Wave Engineering. As it is clear that the answers on these questions require a strong cooperation between metocean specialists, wave modelling experts, hydrodynamicists and reliability specialists, it was decided to join efforts in the ‘CresT’ JIP.

The objective of the ‘CresT’ JIP is defined as follows:To develop models for realistic extreme wa ves and a design methodology for the load ing and response of floating platforms. 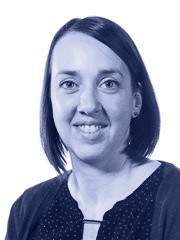