WINDOS is a computer program for the calculation of wind loads on offshore structures. The program has been developed to bridge the gap between the two common methods used for wind load prediction: the simple calculation models provided by the classification societies and model testing in a windtunnel. The program can handle arbitrary types of ships and offshore structures.

The program is based on a building block approach. The structure is composed of a number of standard components of which the resistance coefficients are stored in the program's database. These standard components include rectangular prisms, cylinders, lattice structures, ship hulls, helicopter decks and user defined components. Theoretical and empirical relations are used to calculate interactions (shielding) between the components and lift forces on elevated and tilted decks. Extensive windtunnel tests have been carried out to validate and extend the calculation model. The program is able to compute the drag, lift and overturning moment on arbitrary structures in various tilted conditions.

WINDOS allows a quick and easy assessment of wind loads on arbitrary offshore structures. The structure types include semi submersibles, jack-up rigs, jackets, fixed structures and ships. The accuracy is sufficient for use in the design stage. 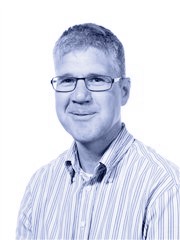