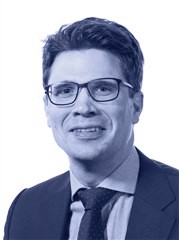 Hannes Bogaert received a MSc with honours in Marine Technology from the Delft University of Technology in 2006. His MSc research took place at the Maritime Research Institute Netherlands (MARIN). Since his graduation Hannes Bogaert worked at MARIN in the Hydro-Structural Services group of the Trials & Monitoring department. At the same time he was appointed as a PhD student at the Ship Structures Laboratory of the Delft University of Technology. His research focused on the sloshing impact physics in LNG tanks. As part of the Sloshel Joint Industry Project, Hannes performed and analyzed wave impact tests at different scales together with MARIN colleagues and the project partners. He also worked on the predication of the structural failure response of ships (LNG carriers and tankers) involved in collision and developed the Maritime Collision Model of MARIN. In 2011, Hannes became head of the Hydro-structural Services group, and worked on in-service monitoring projects and large scale tests in the field of structural integrity. He continued the work on sloshing impact physics, initiating and coordinating the PhaseTransition Joint Industry Project in 2013, and its extension, the SLING research program. As part of these projects, he was in charge of the design and construction of a new test facility at MARIN to perform wave impact tests in a controlled environment. Since early 2018, he is head of the department Trials & Monitoring and part of the overall management team of MARIN. At the end of 2018, Hannes successfully defended his PhD at Delft University of Technology.

Publications
Magazine
The Atmosphere in operation

MARIN officially opened ‘The Atmosphere’ in October 2020. This new facility, with an autoclave of 15 m long and 2.5 mdiameter at its heart, offers ...
Magazine
New multiphase test facility under construction

IceStream JIP launches. A new JIP evaluates floaters and their appendages in a flow of ice particles.
Paper
Comparison of Wave Impact Tests at Large and Full Scale: Results from the Sloshel Project

MarkIII is one of the containment systems designed by GTT for LNG storage or transportation. It features a corrugated stainless steel membrane which ...
Paper
A Mark III panel subjected to a flip-through wave impact: results from the Sloshel project

The behaviour of the NO96 membrane containment system when subjected to breaking waves is presented in this paper. The data obtained from the full ...
Paper
Full Scale Sloshing Impact Tests - Part 2

This second part of the paper outlines the progress made in the full scale tests of real membrane containment systems subjected to action of ...
Paper
Interaction between wave impacts and corrugations of MarkIII Containment System for LNG carriers

The subject of this paper is the behavior of MarkIII corrugated primary membrane under breaking wave impacts. The study is based on the database of ...
Paper
Sloshing and scaling: results from the Sloshel project

At the turn of 2007 full scale wave impact tests have been carried out by MARIN in the frame of the Sloshel project. Unidirectional breaking waves ...
Paper
Full Scale Sloshing Impact Tests

A new collision damage calculation tool which can beused for quantitative risk analysis for LNG import terminalsis outlined in this paper. Within a ...
Paper
Hydro-Elastic Criterion for Practical Design

A new hydro-elastic criterion which can be used inpractical design of marine structures is proposed in thispaper. By application of this criterion a ...