This is a fully equipped bridge with 360° visual projected scenery especially suitable to simulate large ocean-going vessels. A mockup of a real ship bridge is located in the centre of a cylindrical projection wall on which the graphics image is projected. The diameter is 20m and the bridge house is 8m by 6m. The bridge is equipped with realistic consoles and instrumentation, including bridge wing consoles. Bridge and console layout can be adapted according to client wishes or research needs.

This real-time simulator has a 210° visual projected image and is suitable for simulating a wide range of vessels. In addition to the projection system, the rear view is presented on three separate displays, thus providing almost 360 degrees view. Additional viewing positions offering a 3D view from any observation point can be installed. 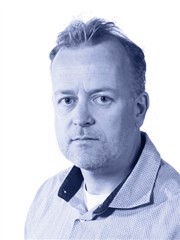